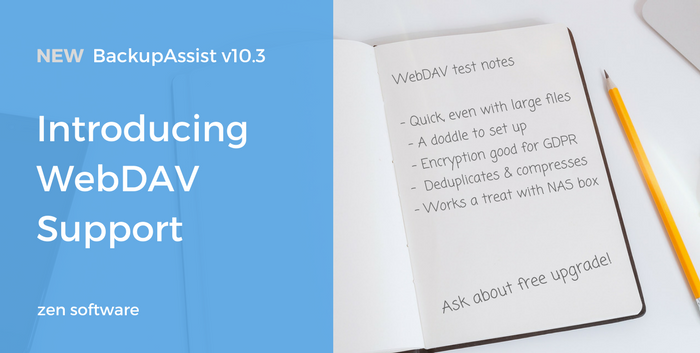 Back in May of last year, there was a veritable buzz in the office as BackupAssist released v10, and with it their shiny new 'Cloud Backup' engine, designed at the time to work only with public cloud giants AWS and Azure. The buzz was partly around the potential for the new technology. Here was a backup engine that could happily back up large files over a WAN, that would encrypt, deduplicate and compress, and that could also be set up with very little effort. We mentioned then that this was the first iteration and in the newly released 10.3 you're seeing the next step. In this latest release, the Cloud Backup engine has been expanded to include support for WebDAV destinations, unlocking a wide variety of destinations including Windows machines, NAS devices, and third-party hosting companies.
15:43 / BackupAssist / News 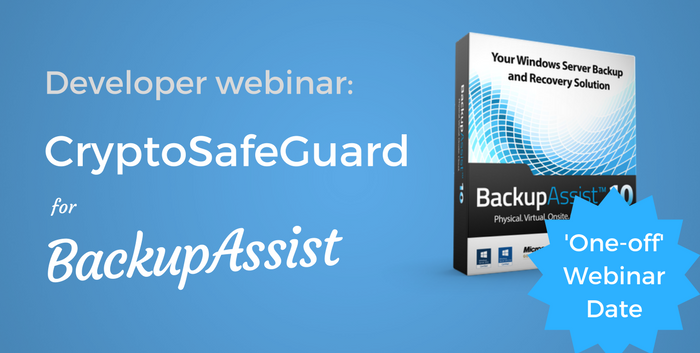 In case you missed my early heads up, the public release of CryptSafeGuard for BackupAssist is now but a few weeks away. It's an anti-ransomware feature, it's ever so timely and best of all, it's free (provided you have valid upgrade cover of course!). The senior development team over at BackupAssist are excited to let you know just how great it is, and with that in mind, are running a free one-off webinar for resellers on Wednesday 9th August @ 9.30am.   If you can spare the time I highly recommend you attend as it's a terrific opportunity to learn about a feature that could really help your customers (and you!) out of a tight spot should the unthinkable happen and their files become encrypted. Not only that but it's a rare chance to provide your thoughts and suggestions directly to the people who write the software.
16:04 / BackupAssist / News