The 10 best Exchange alternatives for Windows 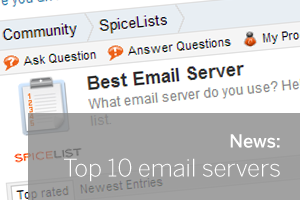 Towards the tail end of last year, Microsoft announced a somewhat controversial decision to call time on the hugely popular Small Business Server (SBS) 2011 - the last OEM copies of which will be exhausted by the end of 2013. SBS has now been replaced by two flavours of Windows Server 2012 (Essentials and Standard), but unlike their predecessor, neither of which include an email server component - highlighting Microsoft's intention to 'guide' customers towards their cloud/ hosted services.
12:33 / MDaemon

Microsoft Small Business Server to ‘bite the dust’ in 2013 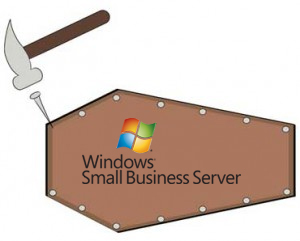 As you may well have picked up on the IT news grapevine, Microsoft have recently announced their plans to kill off the popular Small Business Server 2011 titles in June 2013 as they step up efforts to "guide" small business customers towards their hosted and hybrid offerings. Despite the fact it came as no real surprise to most of the partners I come in to contact with - the decision has still clearly left many of those who've been loyal SBS evangelists over the years pretty miffed given it's the product they've been building their businesses around.
15:59 / MDaemon / News